Husbandry. Also known as tinkering. When the weather is too grey or the wind doth blow, then it’s time to get out the cleaning materials and the polish, the grease and the oil. Give a little bit of TLC to the aircraft.

Here’s the Eindecker outside just about to have a ground run to warm the oil. When doing a change it’s better if the oil molecules are warm and flowing rather than huddling together in the sump… 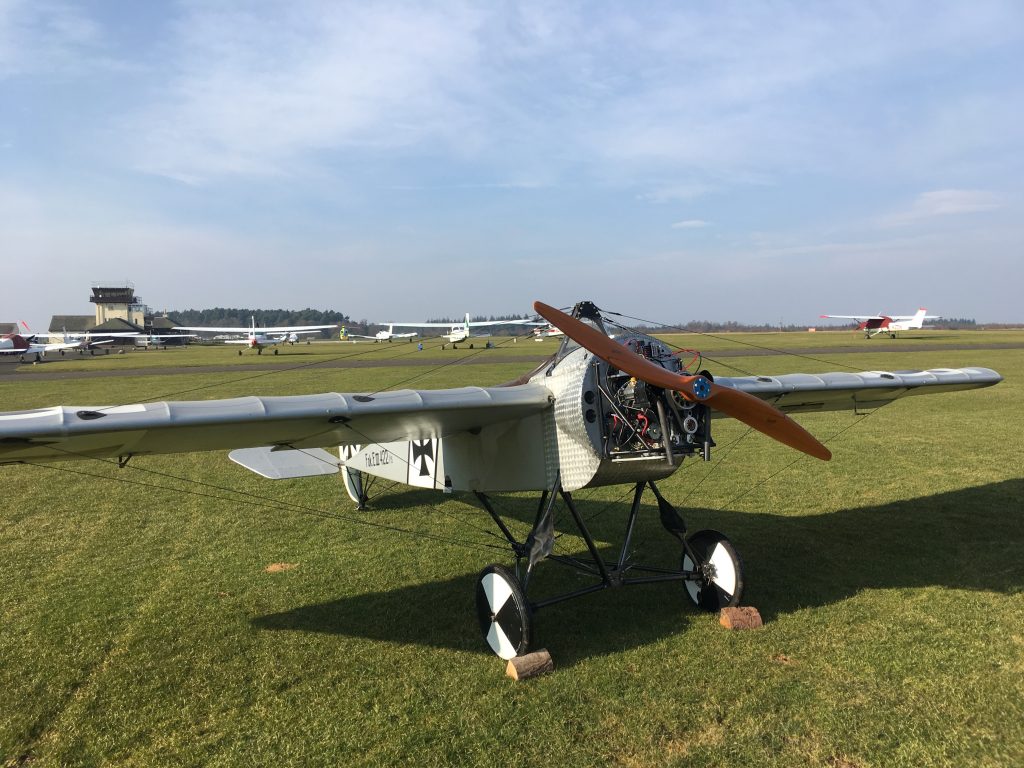 Notice also the Great War style wooden aircraft chocks, stolen from the woodpile. After running the engine for about 10 minutes the aircraft was wheeled back into the hanger and the oil drained. This was quite messy due to the position of the sump plug and the engine mount, but copious quantities of “rag, spillage, aircraft for the use of” helped contain the mess… (they are just old ripped up white t-shirts, if you must know).

Once the oil has drained then it’s time for the filter to come off. If draining the oil was “quite” messy then undoing the filter comes under the “very” messy category. The trick is to place a plastic bag around the filter before unscrewing it. This catches the oil and the filter, and can be left in place while the residue empties from the filter housing.

After clean up it’s time for a new oil filter (from any Briggs and Stratton lawnmower dealer), and a fill with new oil. Checking that the oil sump drain plug is refitted FIRST!  Thinks: “Why has this engine taken five bottles of oil rather than just one?”

The old filter isn’t just thrown away. I have a cool tool in the shed at home which is like a giant tin opener – it cuts the filter to enable inspection of the element. We’re looking for little metal particles which indicate wear of the internals of the engine. The tin opener style cutting wheel is used in preference to snips as it doesn’t produce any bits to contaminate the sample.

All engines produce metal particles which float about in the oil, and there are always little shiny bits lodged in the filter element. The trick is to keep the old elements so that they can be compared with the next one. Last oil change on the Sting there were fewer than 15 specks, which is pretty good. The Eindecker filter produced a bit more, which is to be expected as the engine is slightly more agricultural, but we won’t know for sure until next filter change when we can start to see any trends. Of course if you find a big metal piece in the filter and can read a part number off it, then a little more investigation is called for.

After last year’s Sting service which I carried out myself having done the course, this year we are getting a Rotax engineer to do it because we plan some longer range touring as far as Sweden and having a fully serviced engine with a full bill of health just gives a nice warm fuzzy feeling when you’re far from home. Plus he’ll do the 200hr service and carburettor overhaul in a day, compared with me taking 2 months last year. In my defence a lot of that 2 months was spent waiting for custom Rotax tools to arrive from Germany. My excuse. 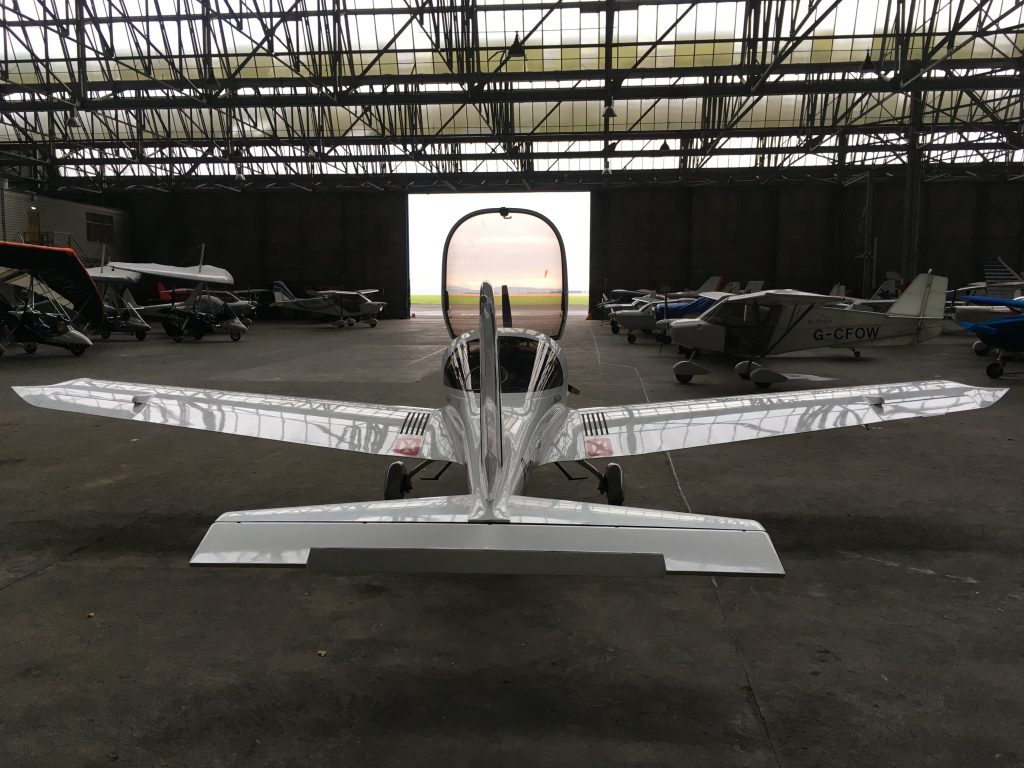 Instead of tinkering in the engine it was time to break out the cleaner and polish. The flight equipment retailer Pooleys have this great stuff called OneDryWash – spray it on, wipe off the dirt and then buff to a polish. It’s ace stuff. Not too expensive which is good as it takes just over a bottle to do the Sting. It took two sessions over a couple of days to complete, but could have been done in a day. We are very pleased with the results: 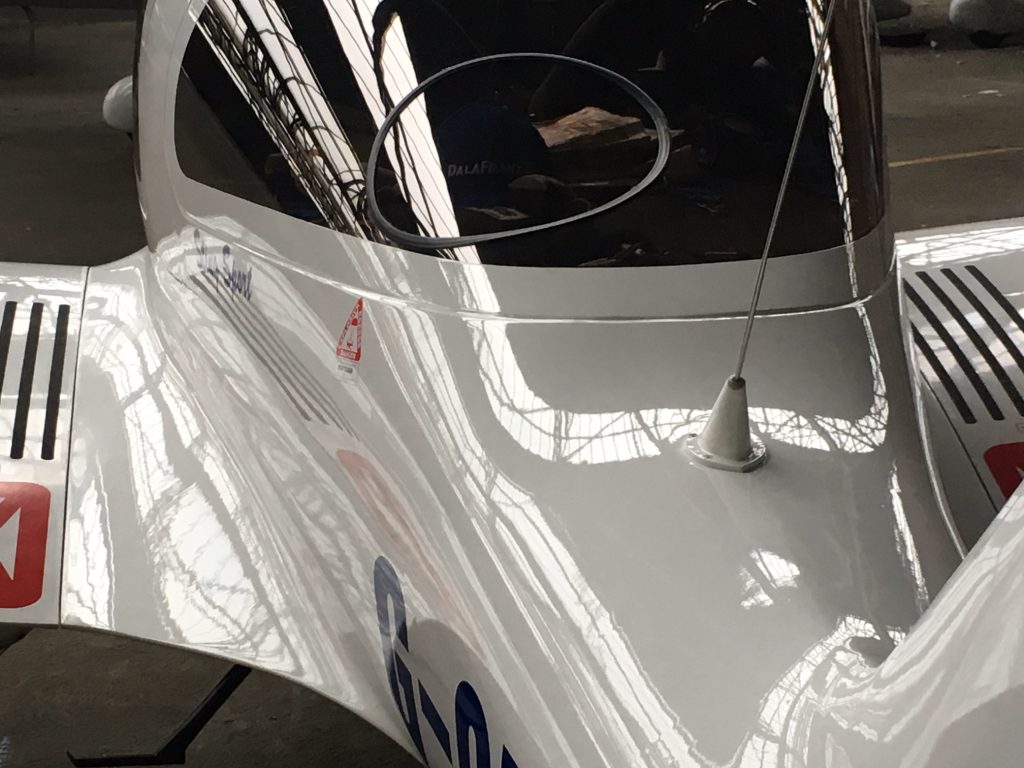 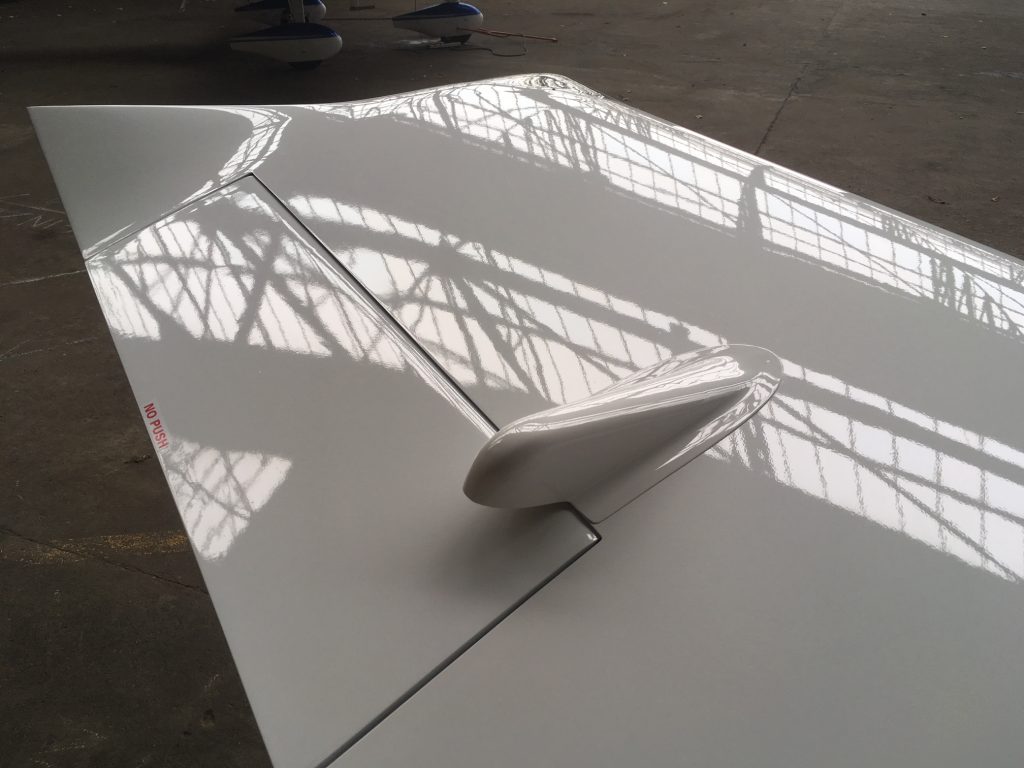 So, lovely smooth wings and a sweetly running engine – all we need now is some good weather and time off. And for those pesky hangar birds to go to the loo somewhere else.

p.s. we also need new chocks…those authentic Great War style wooden ones have since gone to the great woodpile in the sky (via the stove)…