We woke in Kortrijk to wall-to-wall sunshine, but a look at the forecast for Scotland showed a band of rain moving in from the Atlantic. If we got a move on and didn’t get delayed too much then we should be fine for getting home.

After a hotel breakfast and checking out, we made our way to the airport. Past the drop-off area: 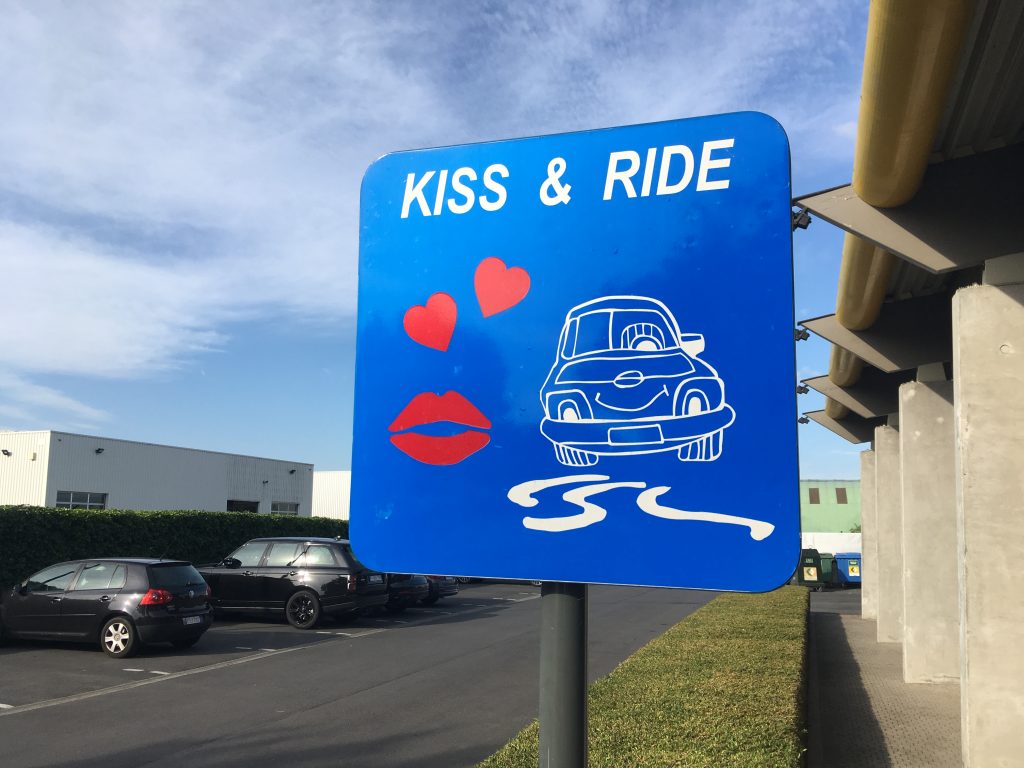 Following the signs to the impressively named “Food Court” – 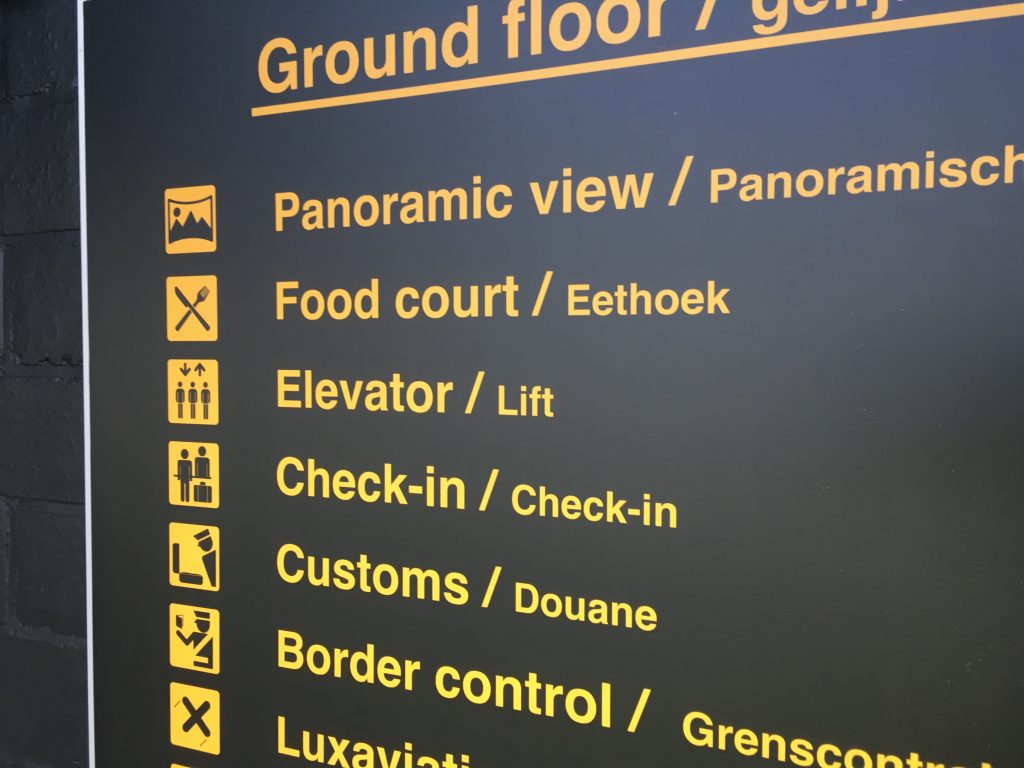 There is a café/restaurant upstairs but it wasn’t open on either of our visits. The food court turns out to be a couple of vending machines: 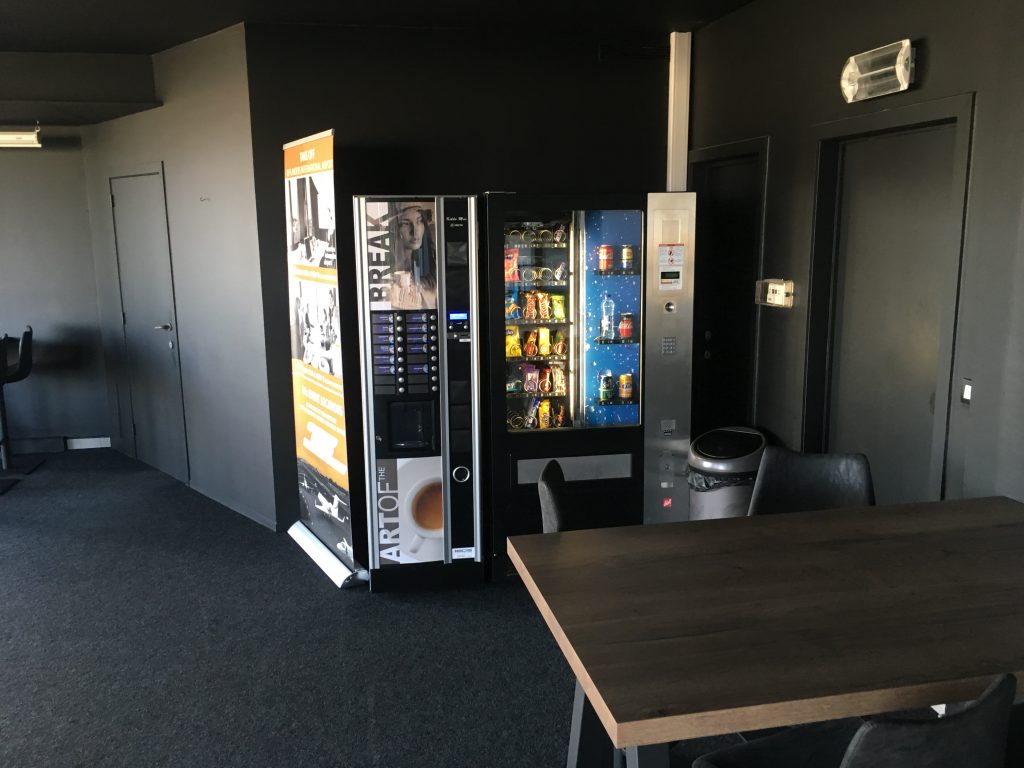 While planning we met these Belgians who were off to Duxford for the day. The landing fee at Duxford gets you into the Imperial War Museum as well: 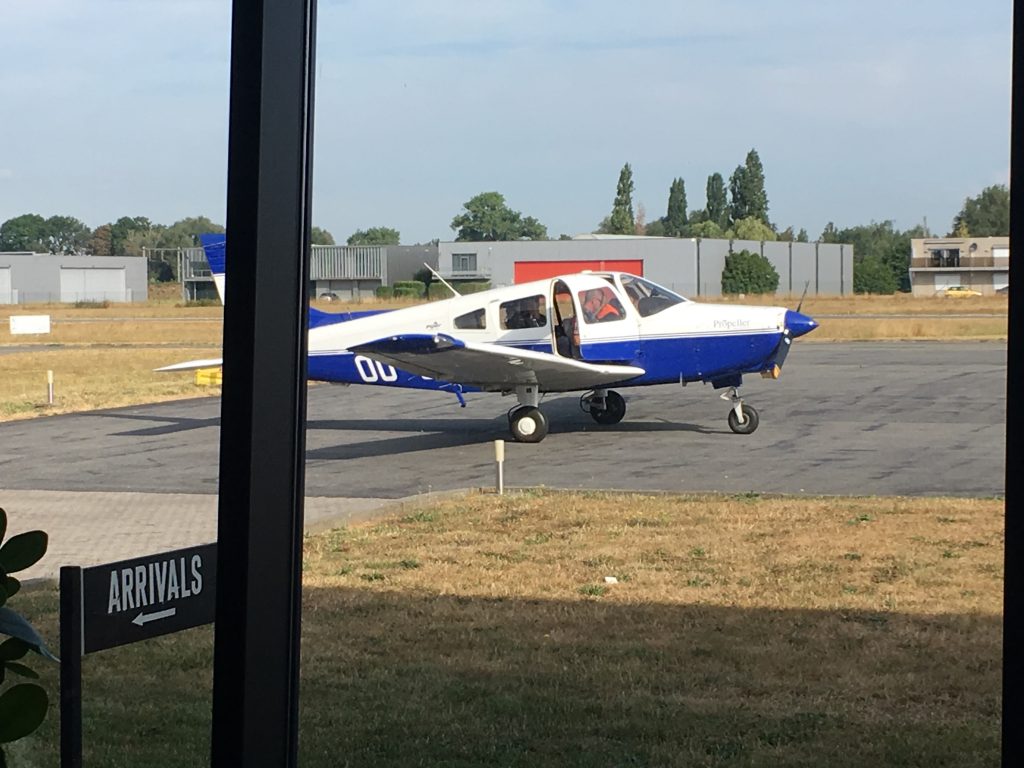 Routing sorted out and flight plan submitted, the friendly customs guys let us out to the aircraft. No need to refuel this time as last night’s hop from Midden Zeeland hadn’t used too much and Rochester is less than an hour from Kortrijk at our speeds. Thumbs-up from the co-pilot and we’re ready to go: 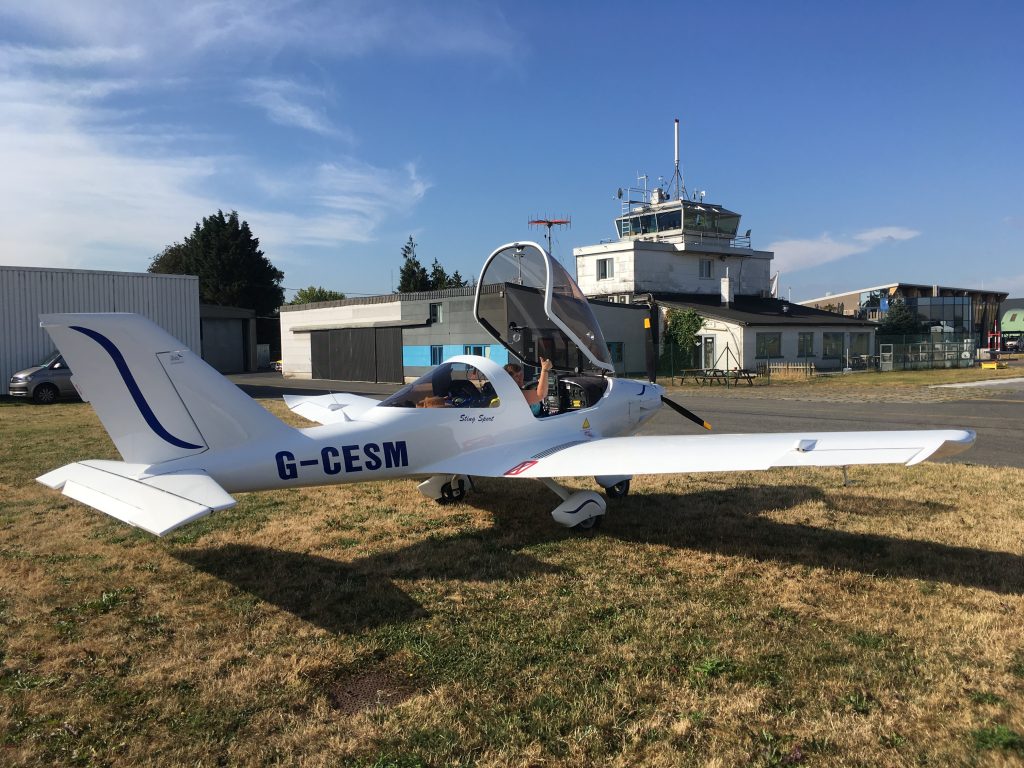 Climbing out towards Koksijde we could see in the far distance what looked like a line of low cloud over the UK. It was only as we got closer that we realised the “cloud” was the cliffs at Dover: 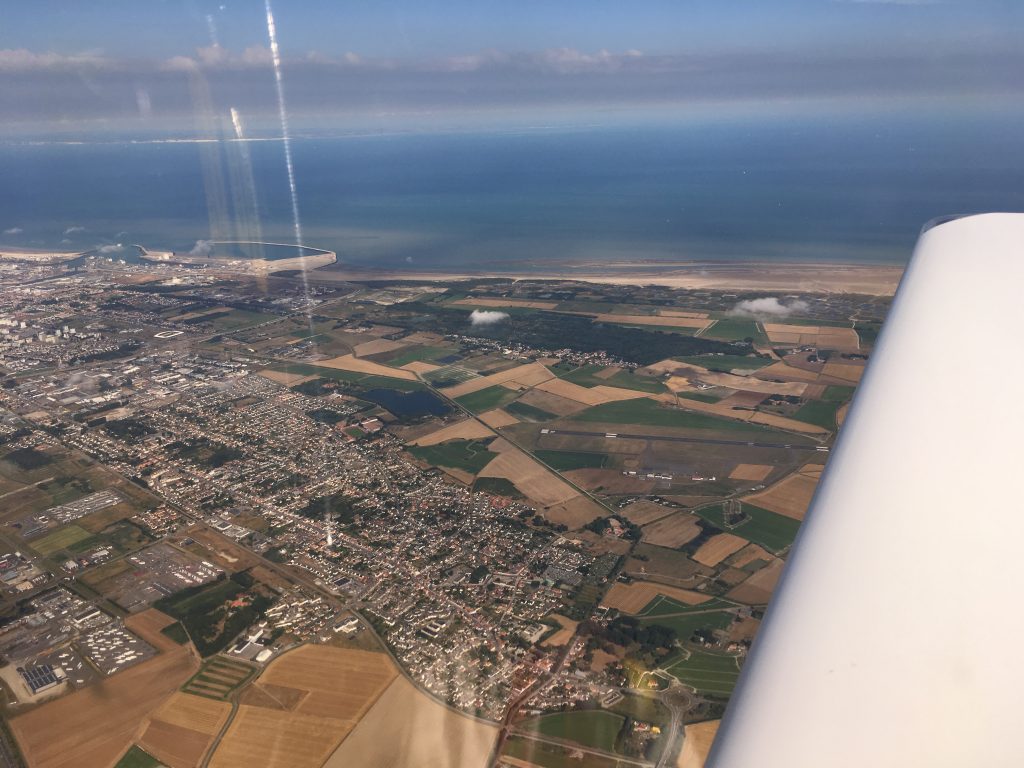 The track to Cap Gris Nez took us past the Eurotunnel terminal at Coquelles: 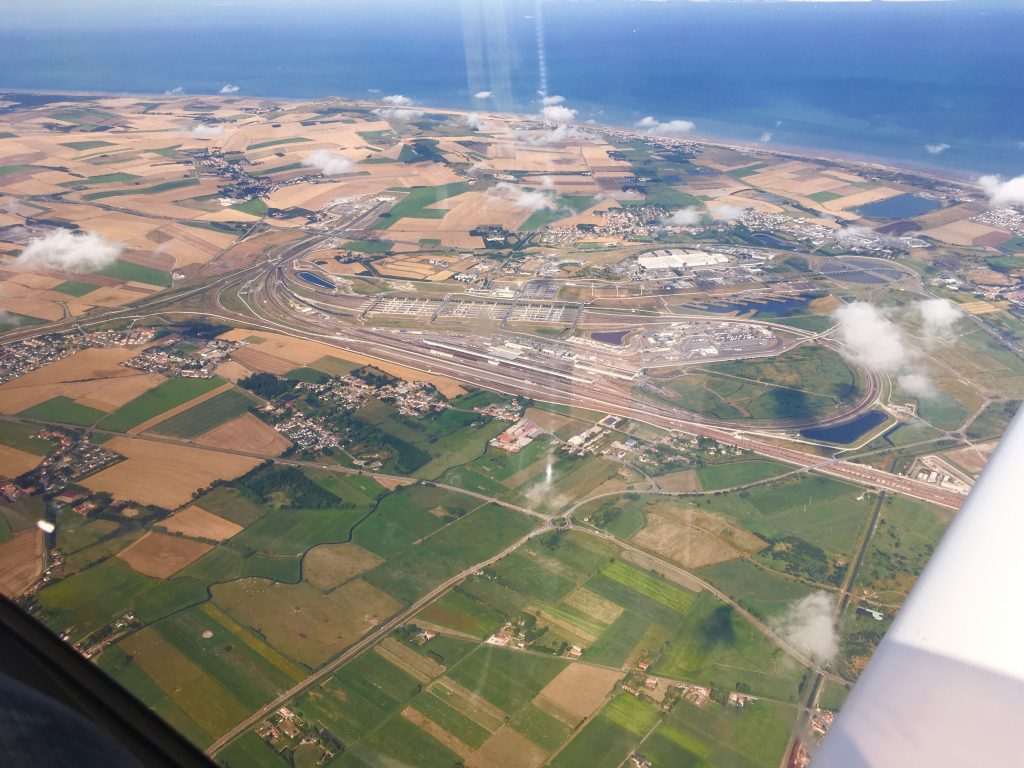 Crossing the coast, northbound this time: 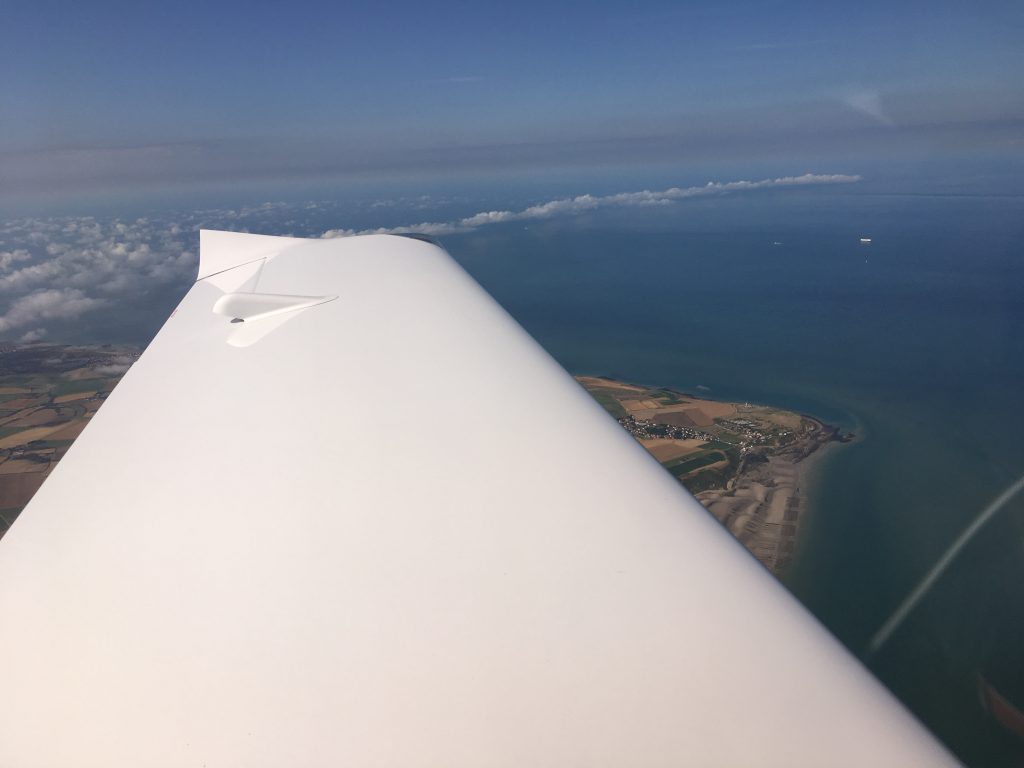 Cap Gris Nez behind us… 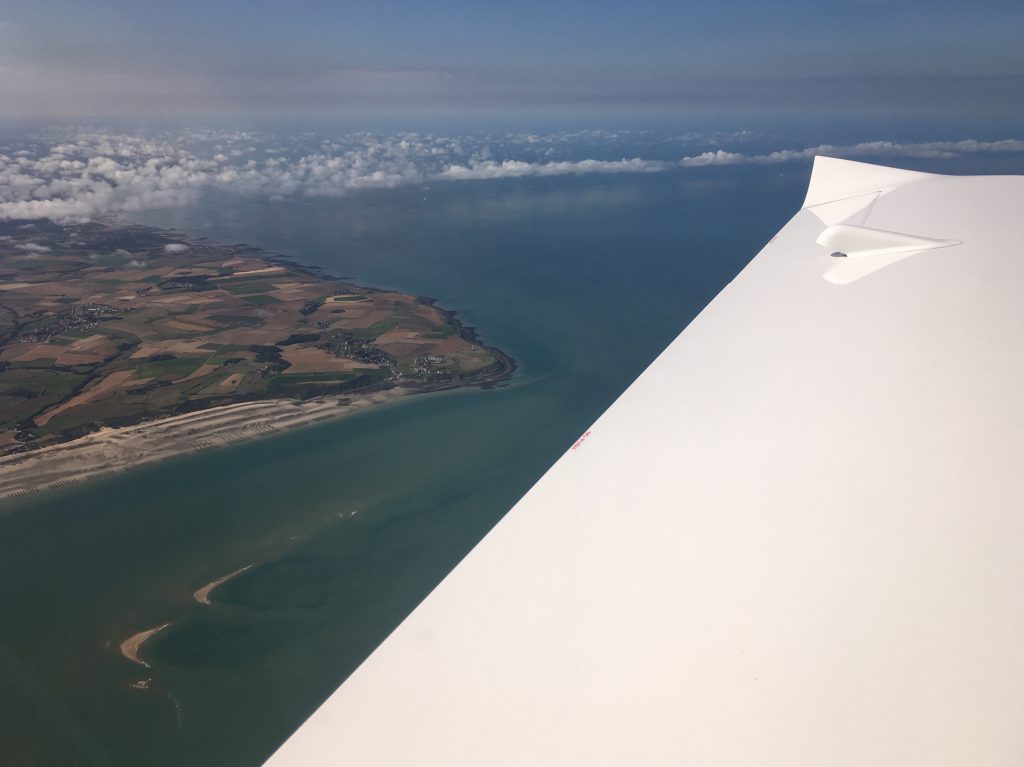 We were a lot more relaxed heading north, the product of experience…it is never as scary as you think it will be… 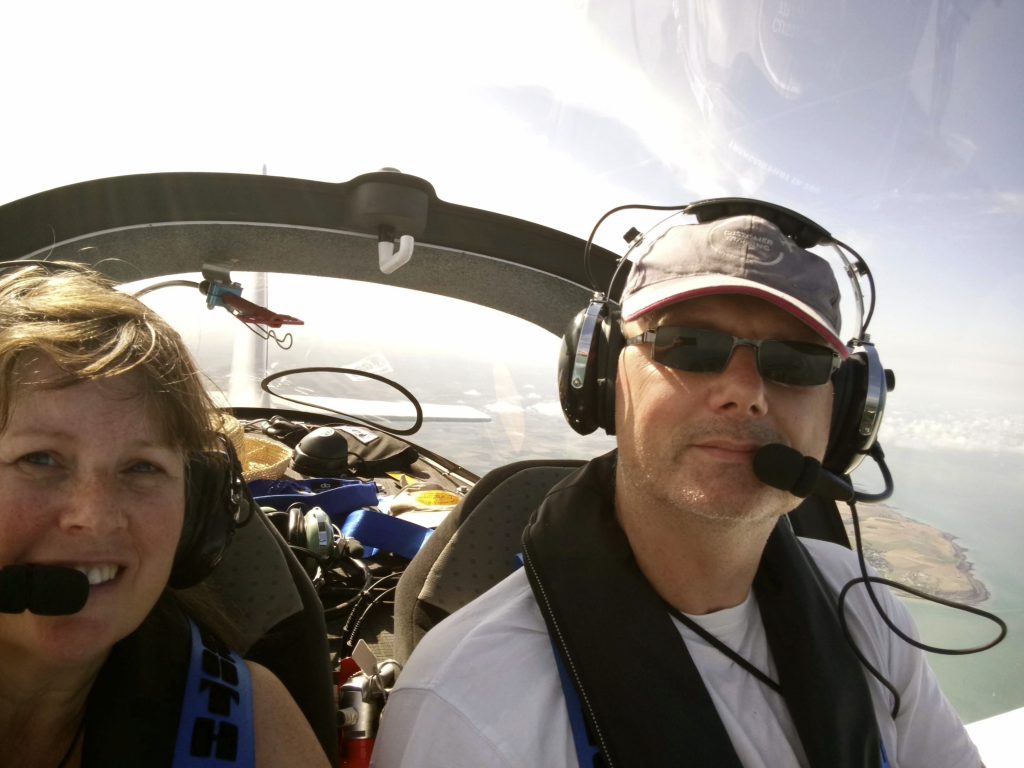 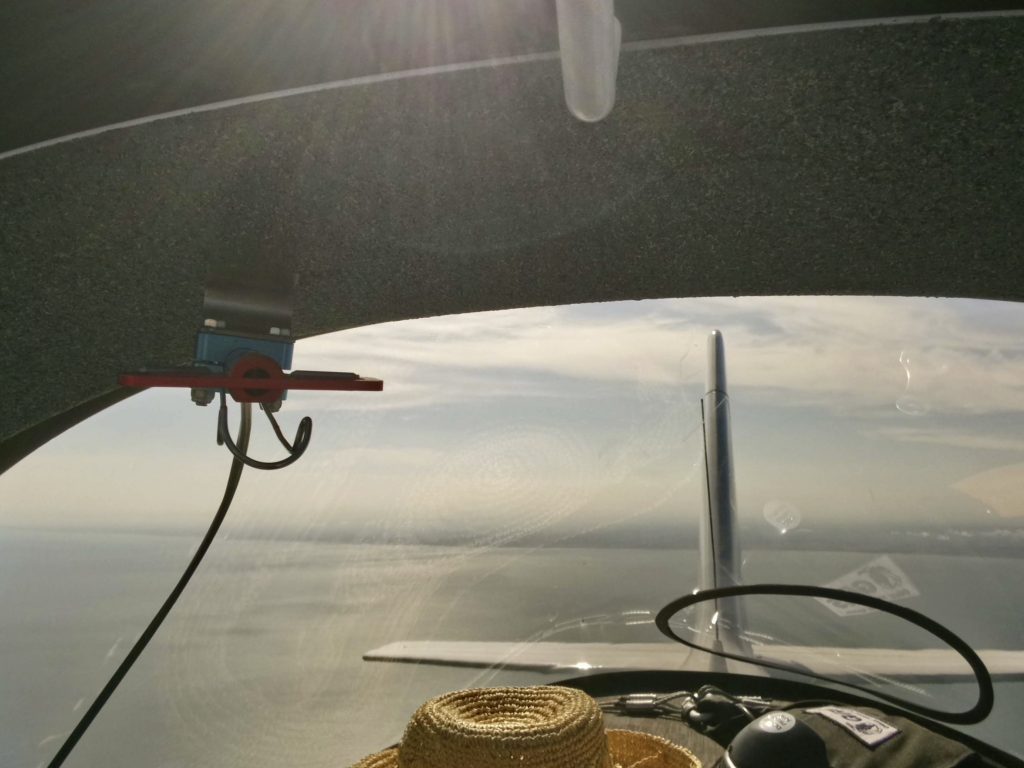 . Hello England! It was a great feeling switching over to London Information and hearing the voices – just like coming home: 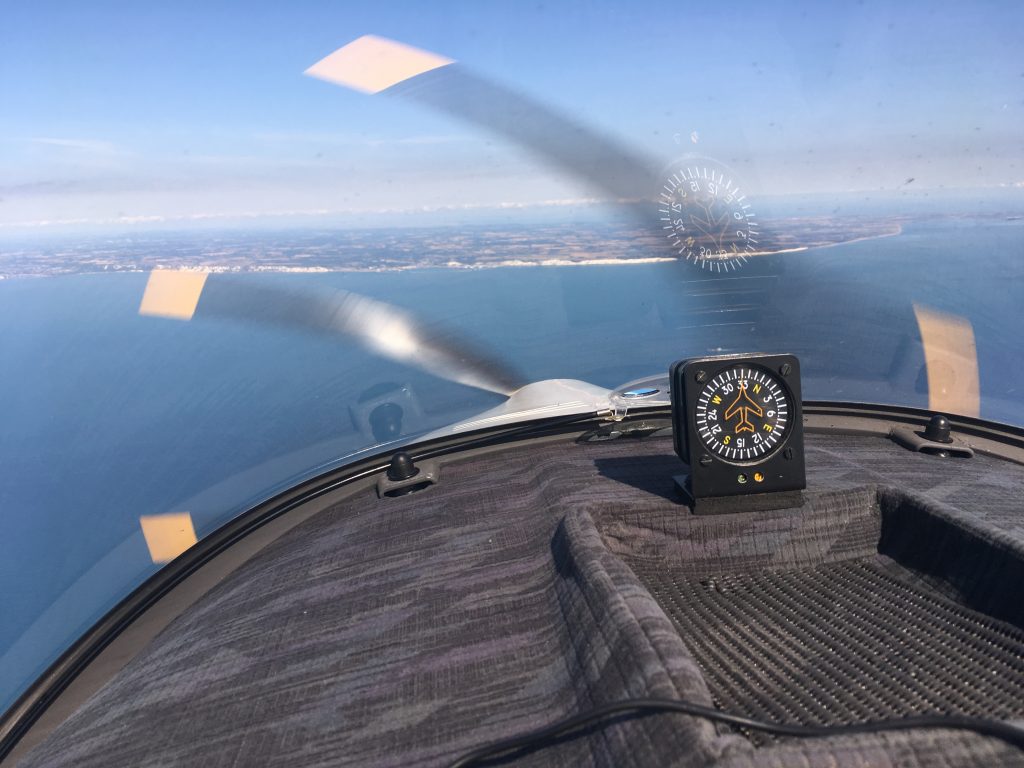 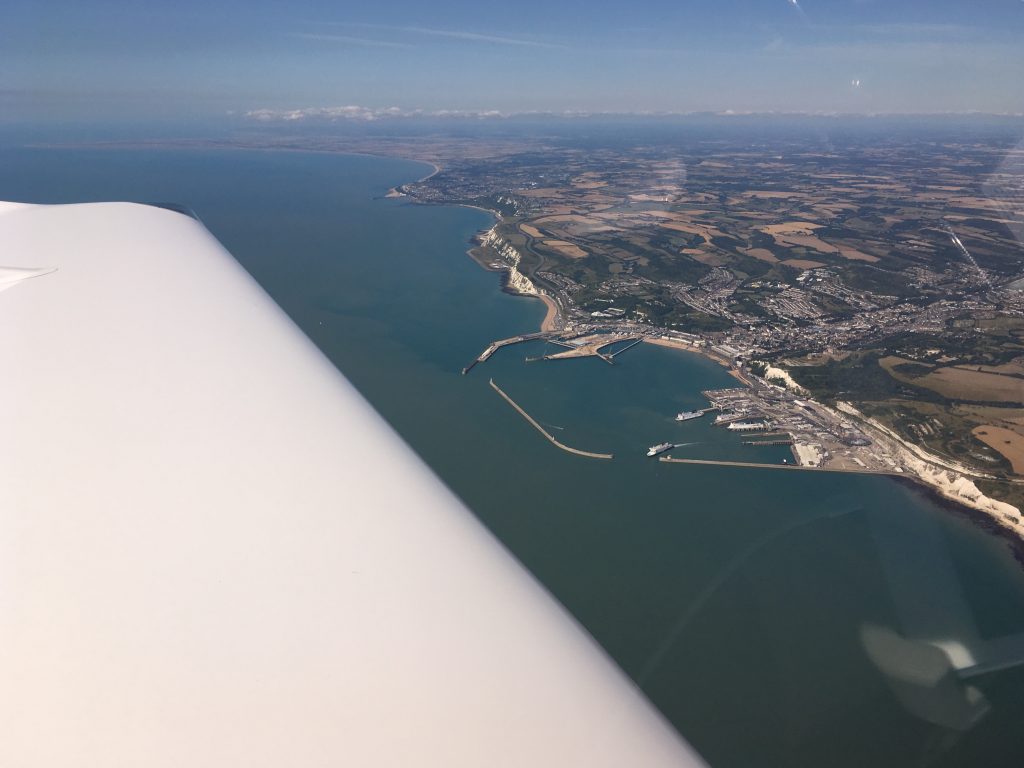 After Dover it was a straight run through Kent to Rochester. London Info was busy with UK traffic heading to Le Touquet and the Channel Islands. We also heard the Belgian guys ahead of us as they made their way towards Duxford. Pretty soon we were down and taxiing to the pumps where the pit-stop team burst into action. They even offered to push the aircraft back onto the grass for us, which meant we could go to the café… 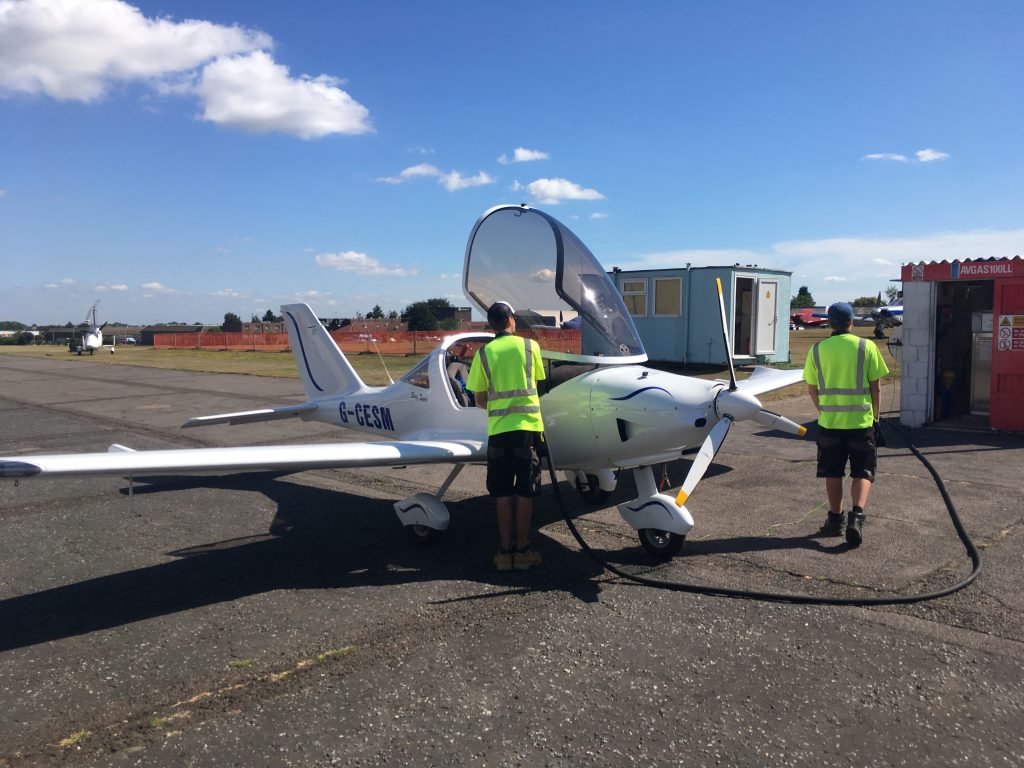 We were half expecting a visit from the Border Force guys. We had filed a General Aviation Report (GAR) via Skydemon the previous evening (it needs at least 4 hours in advance) but nobody came to meet our arrival. Border Force will check any interesting looking arrivals and also do spot checks. The refuellers said they had been at Rochester the previous day checking inbound arrivals from the continent but we must have been too mundane to check. There is a benefit to being boring!

Rochester café’s famous bacon sandwiches. Stopping for one of these is worth the risk that the weather might beat us to Perth later! Note the concurrent flight planning activity going on on the iPad at the same time… 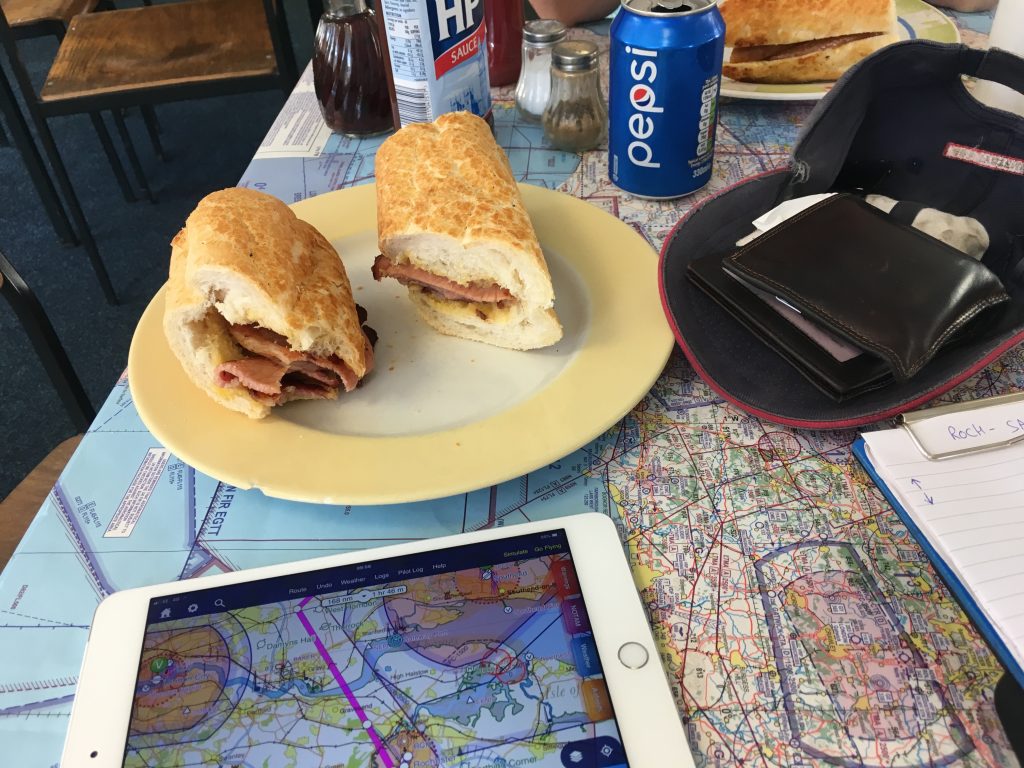 And off again, northbound over the Thames, looking west towards London: 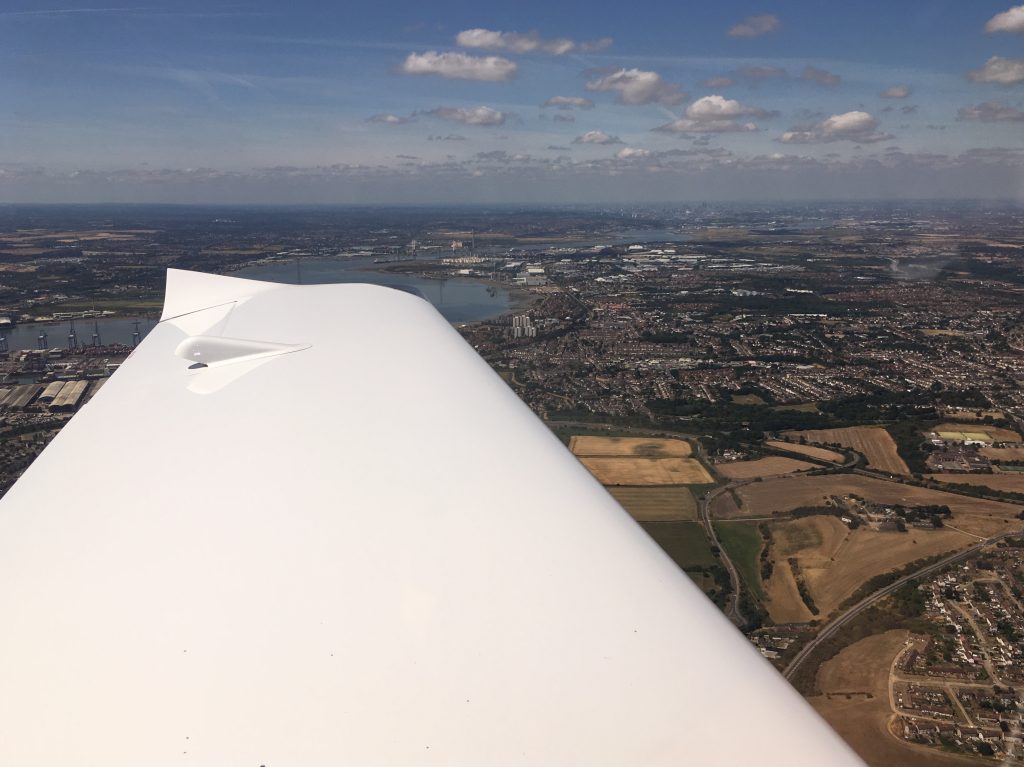 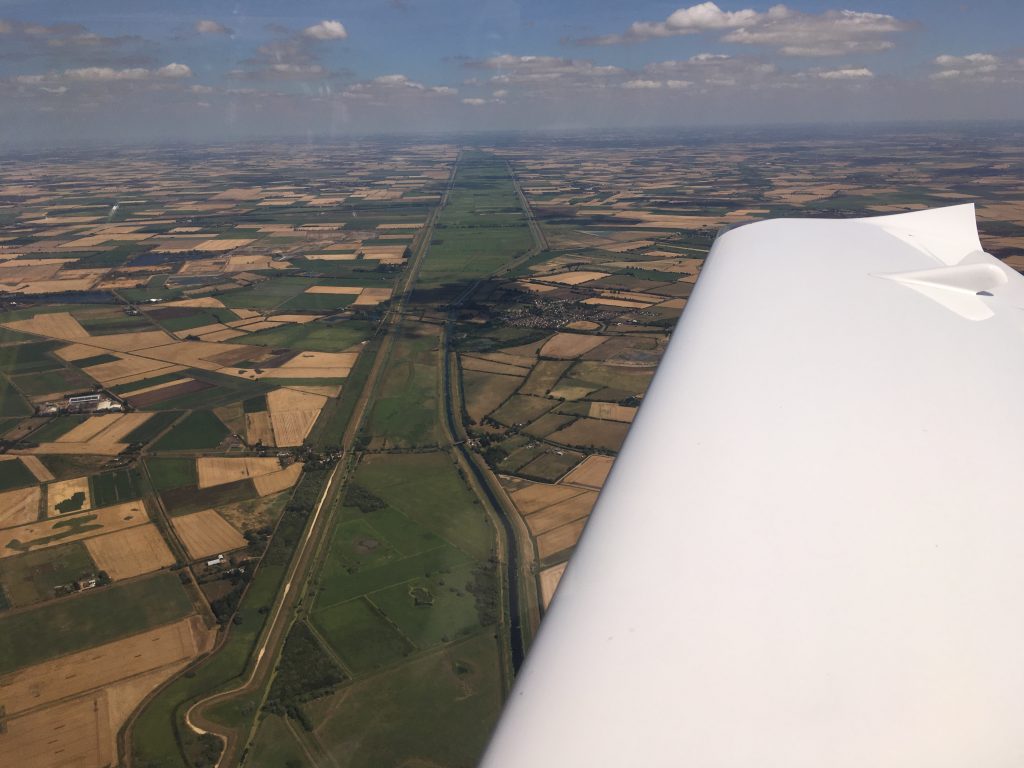 Following the power station route markers towards Sandtoft for fuel: 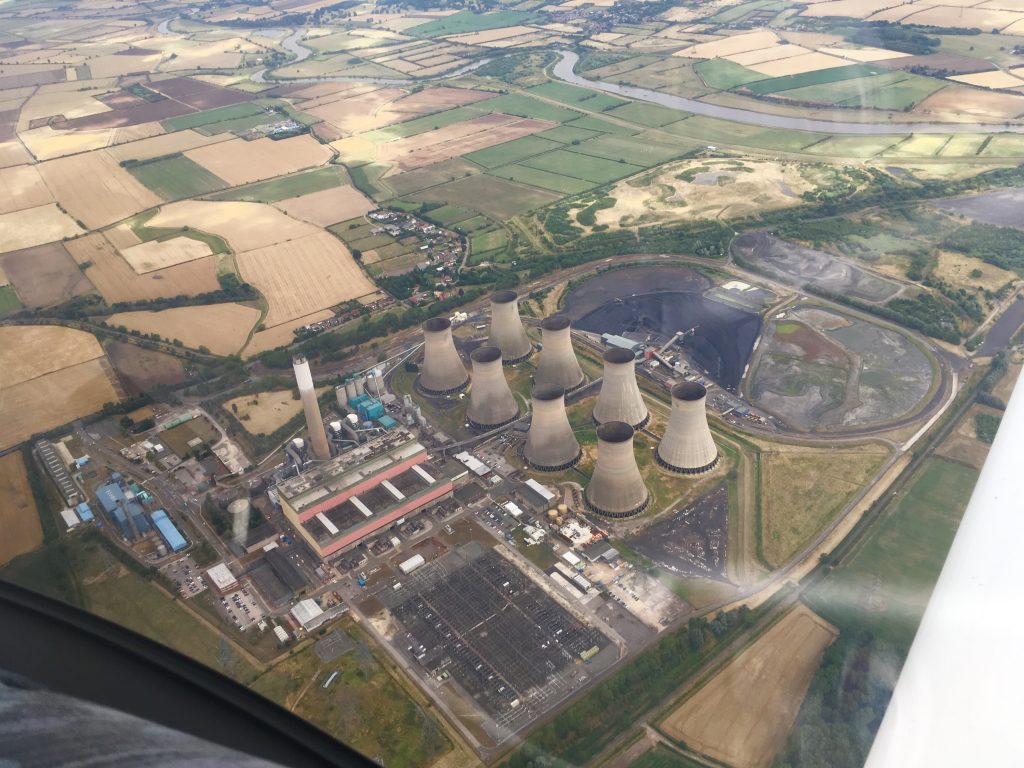 By now the high cloud was building up, sign of an approaching front…we didn’t get any pictures at Sandtoft as we did a quick turnaround and headed north again. Approaching Newcastle the western sky was turning slightly ominous… 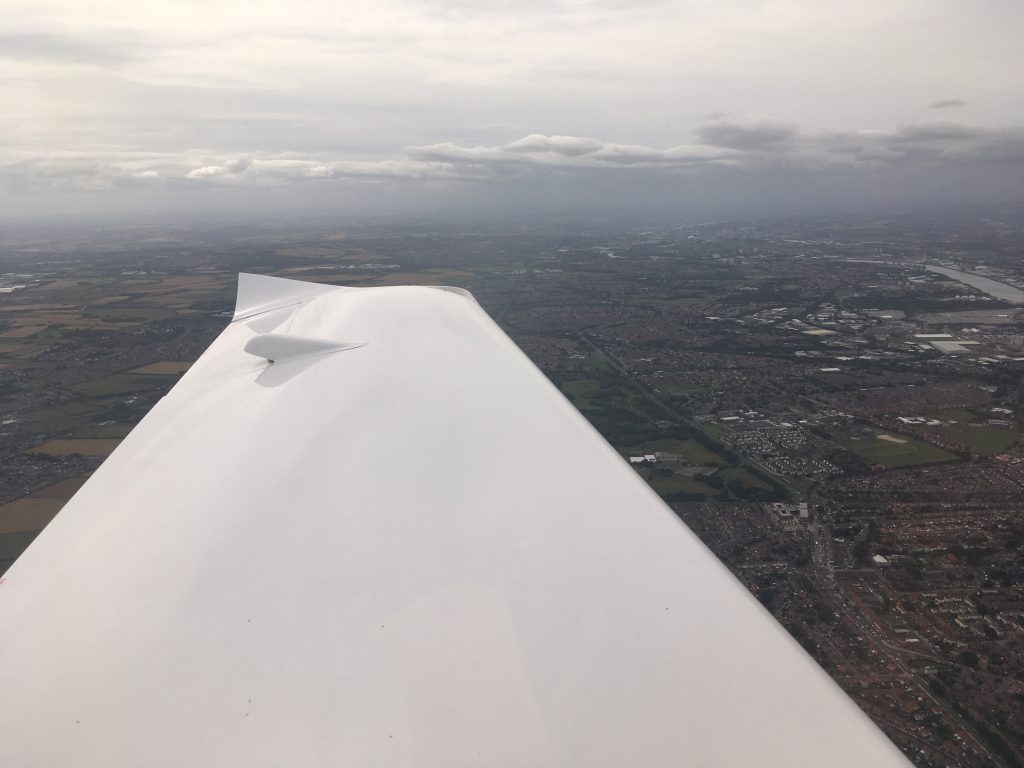 And north of Newcastle there was some lower cloud around. Nothing to stop us progressing, but we did have to descend to 1500ft at one point to stay in sight of the surface: 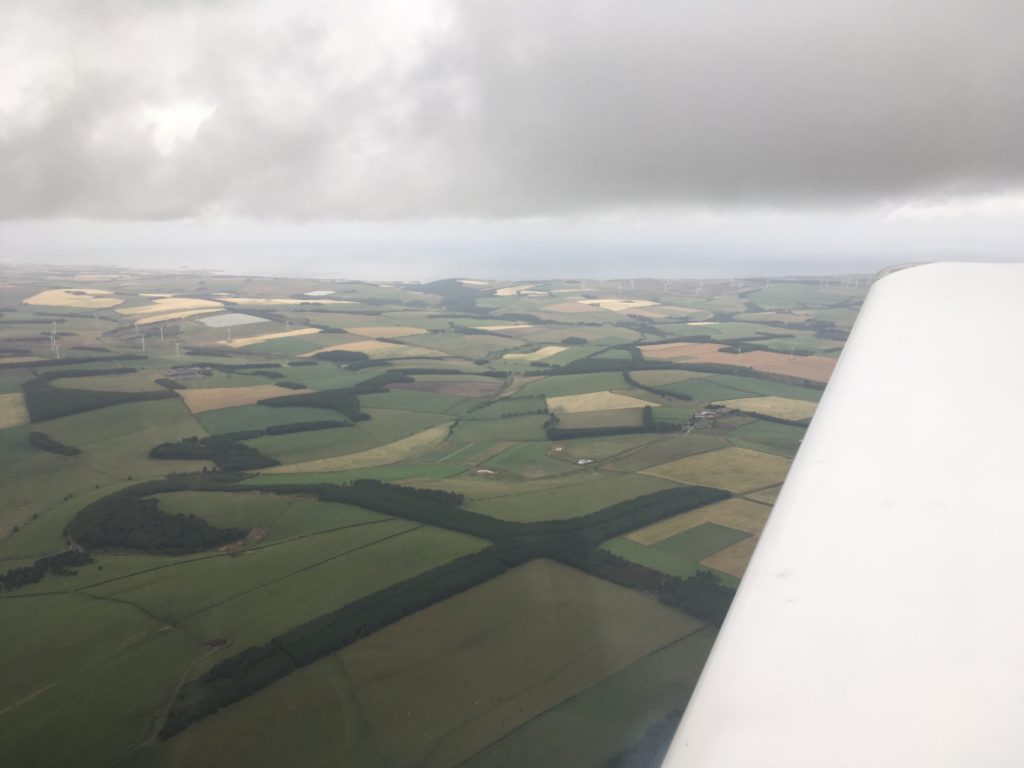 At 1500ft I noticed that the 4G symbol had popped up on the iPad and the signal was good enough to load up Rain Alarm which showed us where the heavy rain was. The coastal route was clear and so we decided to press on. Some people pay megabucks to get data link weather installed but this was just as good. Due to having signal the Skydemon also updated the latest weather reports including Dundee and Leuchars, both were good enough to continue: 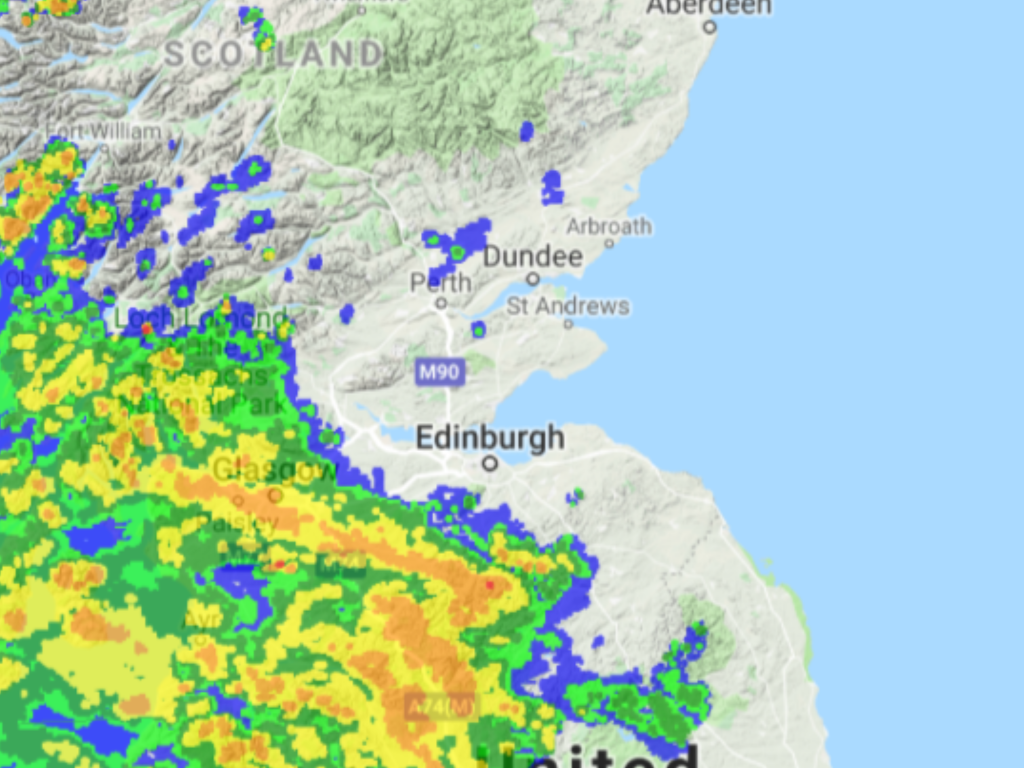 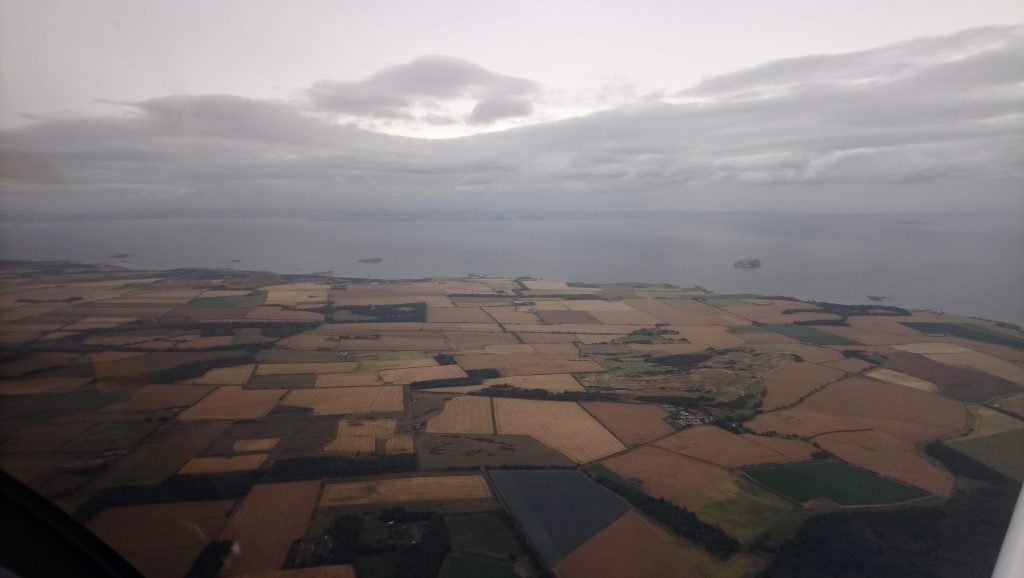 Then it was a straight line through Fife, before positioning to final runway 21 at Perth, with rain spotting the windscreen: 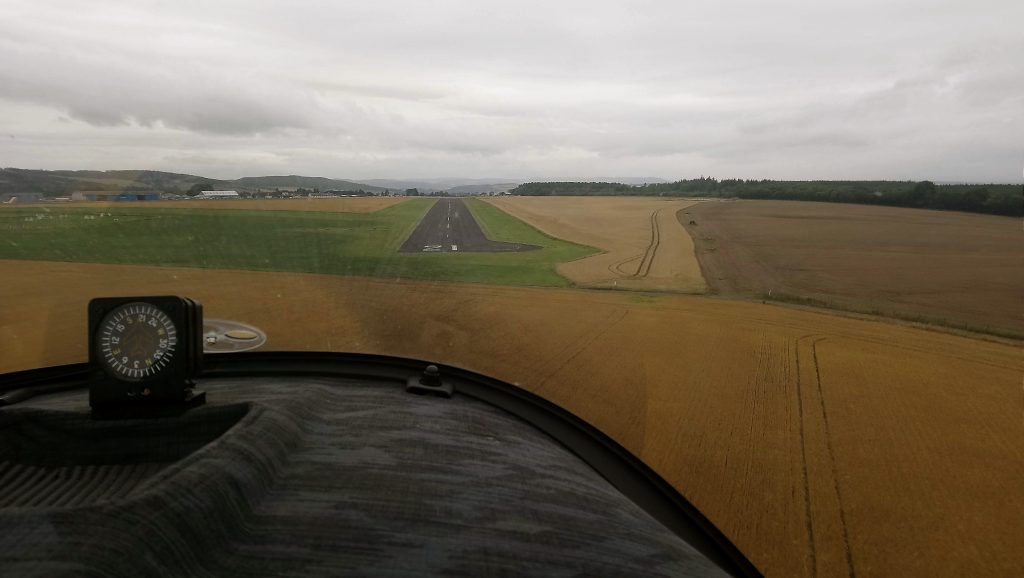 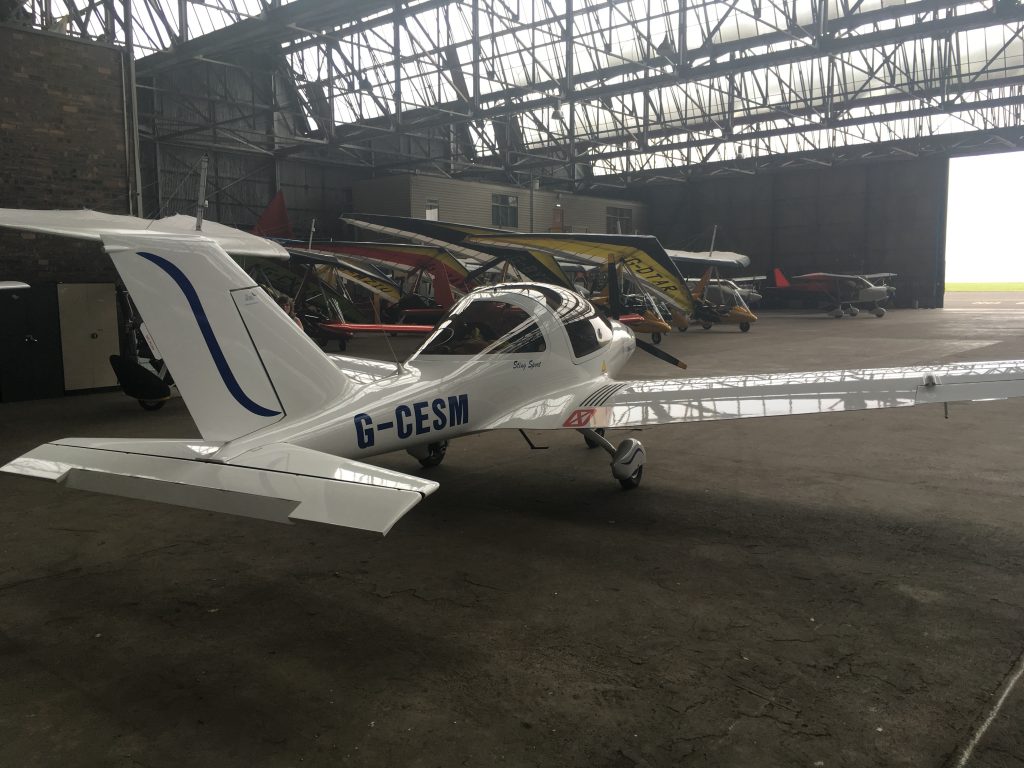 It was quite an adventure. A lot of firsts for both of us. A few niggles with the aircraft which were sorted out easily enough, and almost a whole page of log book entries, with lots of new airfields: Gamston, Rochester, Kortrijk, Groningen, Sønderborg, Höganäs, Siljansnäs, Falköping, Lübeck, Paderborn/Lippstadt, Midden Zeeland and Sandtoft…Rochester, Kortrijk and Höganäs were so good we went twice!

In over 30 hours of flying we saw fewer than 10 other aircraft. None of them came really close but I managed to alarm Brenda with some vigorous manoeuvring to “avoid” a Luftwaffe Transall transport aircraft which was actually about 5 miles away. When first spotted it looked like a light aircraft a lot closer. A bit of a Father Ted moment…

We are now looking at the various electronic conspicuity products on the market which will add traffic symbols to the Skydemon map in real time. We’ll still need to look out the window as not all traffic will show up but every aid to situational awareness helps.

We also now have a better idea of what makes a good touring aircraft. Three things we have agreed we would be nice to have are more speed, an autopilot and better baggage space. For now though, the Sting is perfectly adequate.

We are already planning the next great adventure!