Photo taken by the BMAA’s roving reporter Paul, who used to have a share in the Eindecker when it was based at Eshott in Northumbria. I was just about to get airborne for a quick local flight when he arrived at Perth in his shared Eurostar. 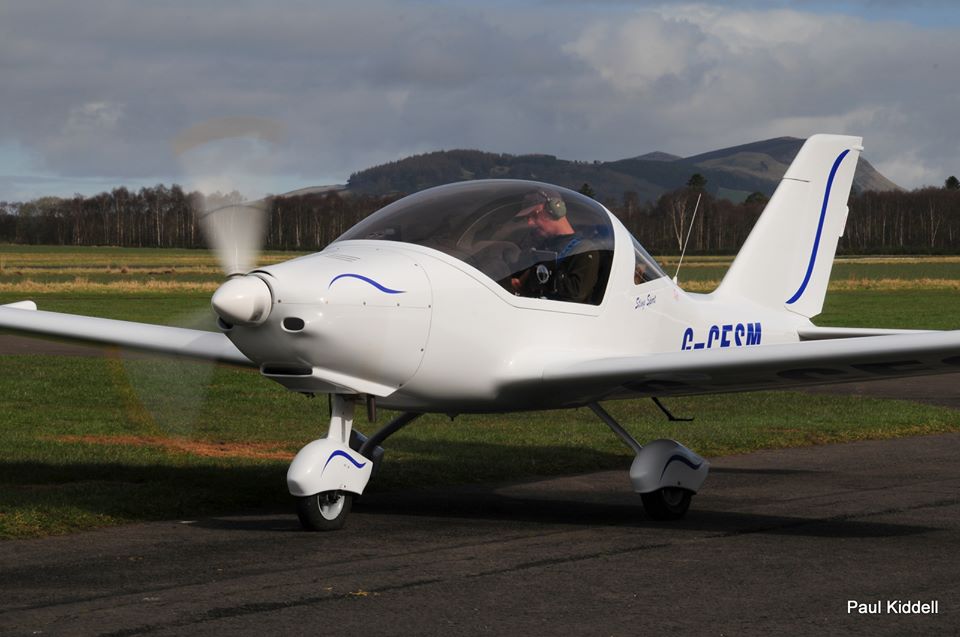 It looks as if there’s not much room – in fact I’m leaning in to monitor the engine instruments as the oil temperature warmed up. There’s loads of headroom.

The aircraft is a Sting, built from a kit manufactured by TL Ultralight in the Czech Republic. Pilot magazine’s flight test of a similar aircraft can be read at: