Told you I was sorting the pictures! Here’s a selection taken since New Year…

First, an early morning check flight for Gavin. We flew at the very start of the shift to get the night portion completed before it got light. Here we are out on the airfield, I’m retrieving the portable lights and whipping out the (new) phone for a quick shot…came out quite nicely I think. 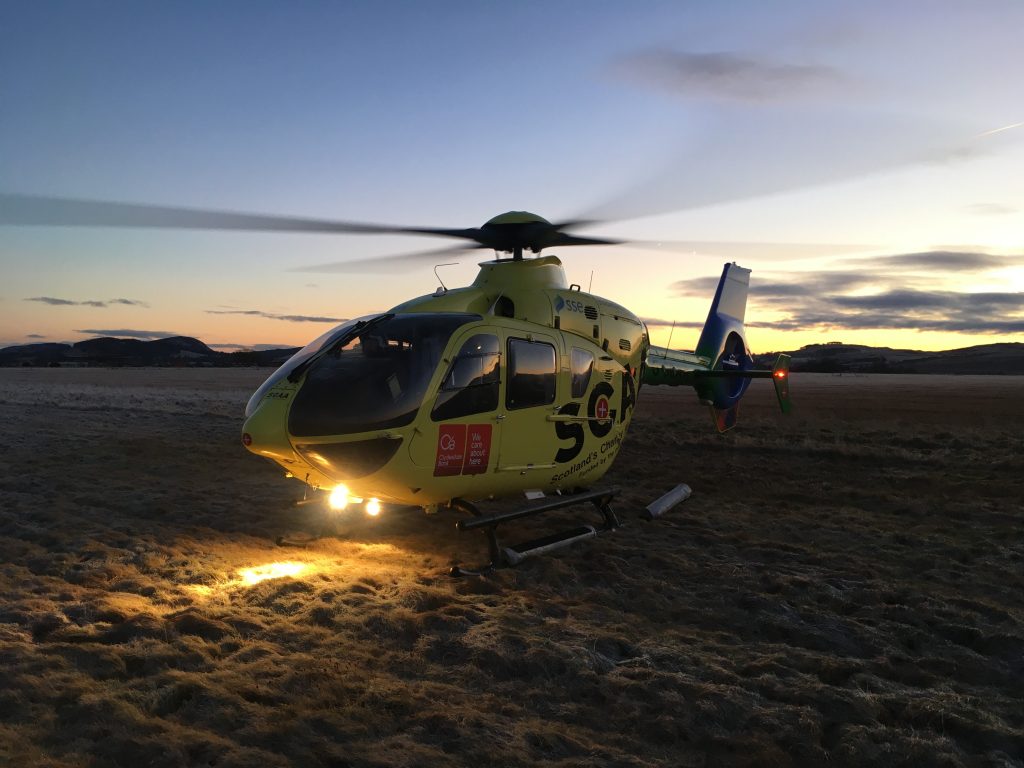 We had a little snow earlier, before the main “Beast from the East” stuff. Not enough to stop flying once the airfield has been cleared. The weather wasn’t TOO bad so I fired up the Sting and went for a local hop. Here we are in the Auchterarder area and it looks OK: 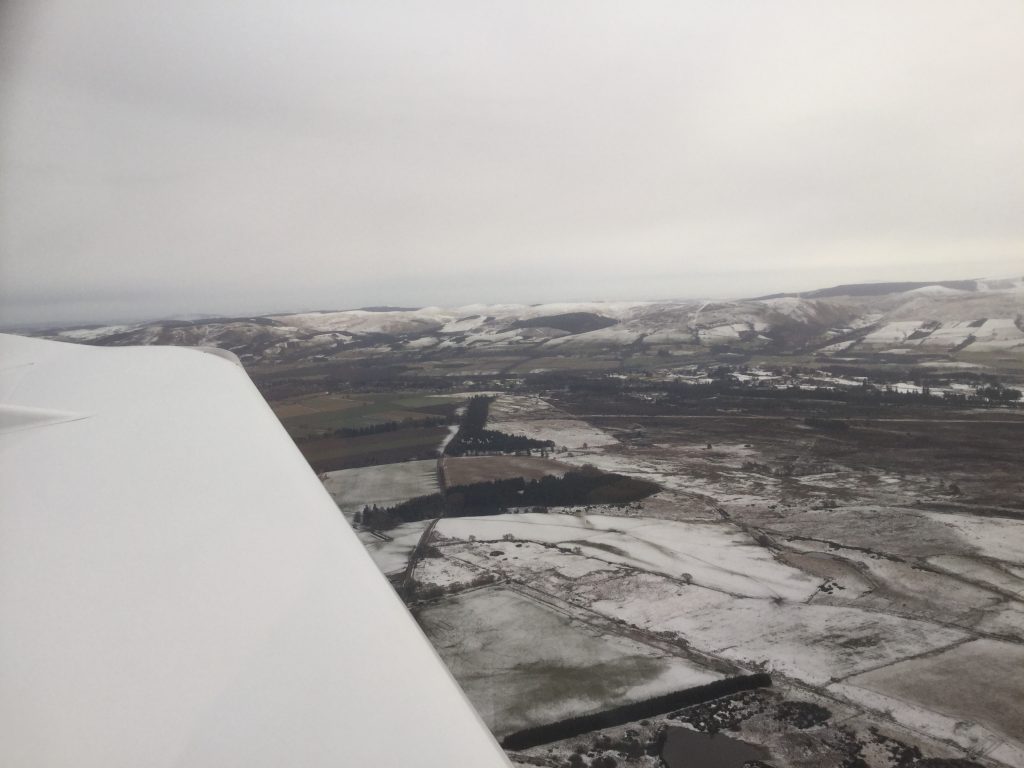 But looking out the other side towards where the weather was coming from showed a marked deterioration, so it was time to head home: 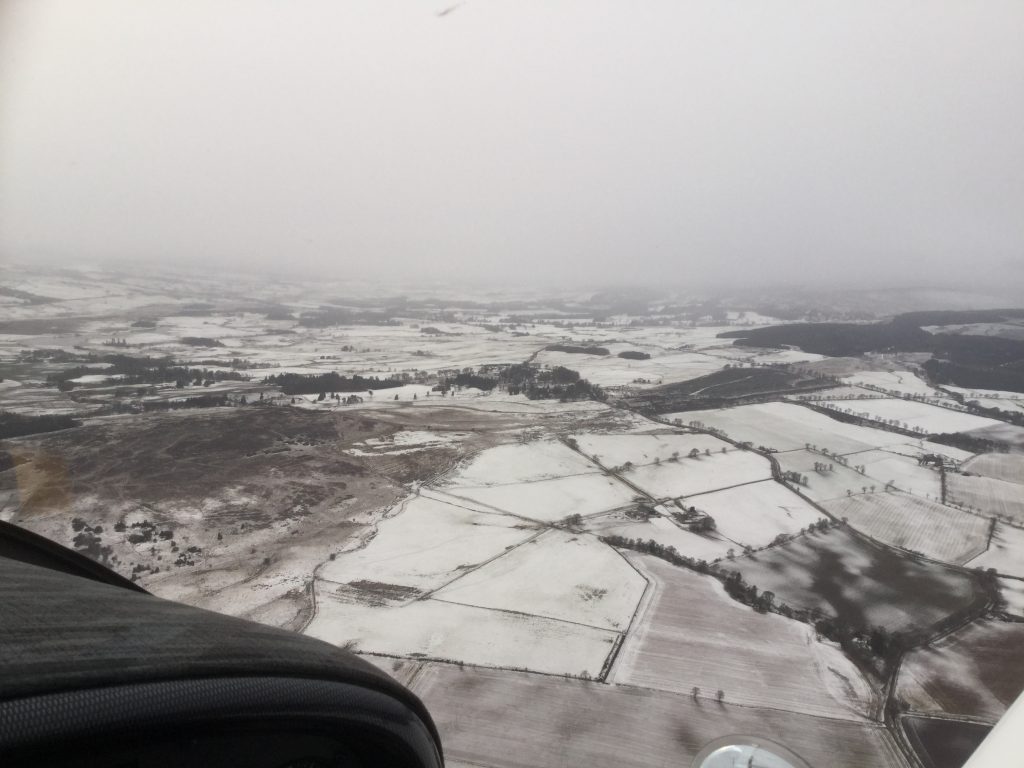 A few days later all the snow had gone, but the soggy ground was causing some low level wisps of cloudy fog. Or maybe foggy cloud. They are in the distance in this shot of Stanley looking west: 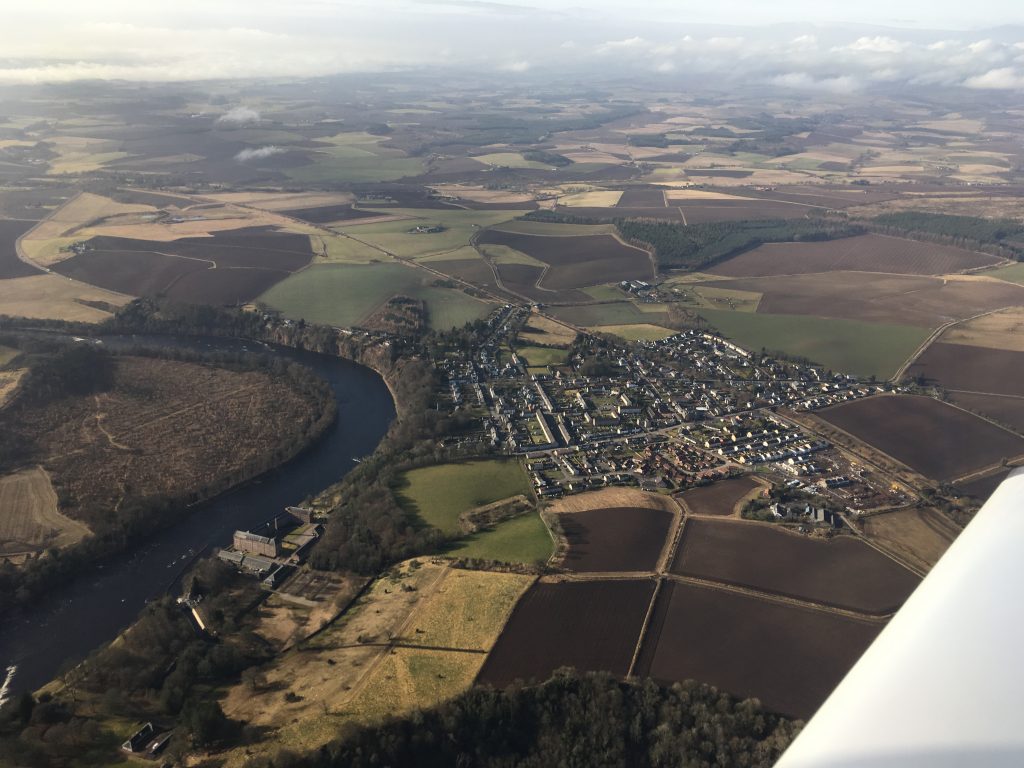 From the ground, looking along the line of clouds, they looked like an unbroken cover. But once airborne the gaps became apparent. This is the Inveralmond Industrial Estate at the north end of Perth: 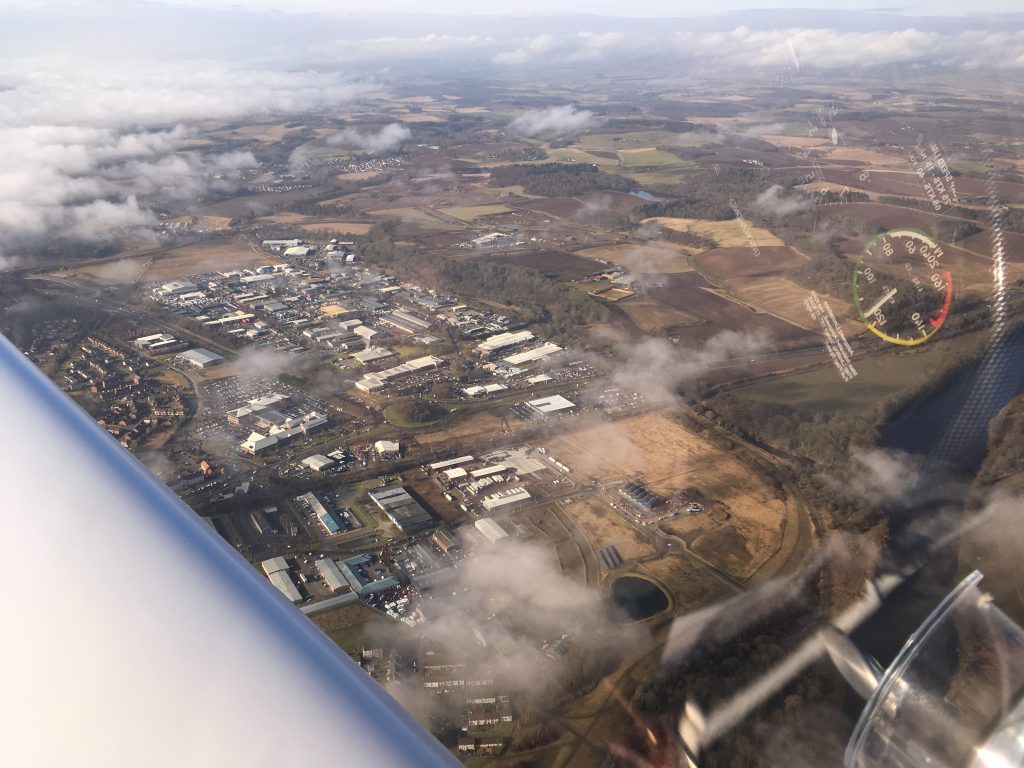 And Perth city centre just peeking out from the edge: 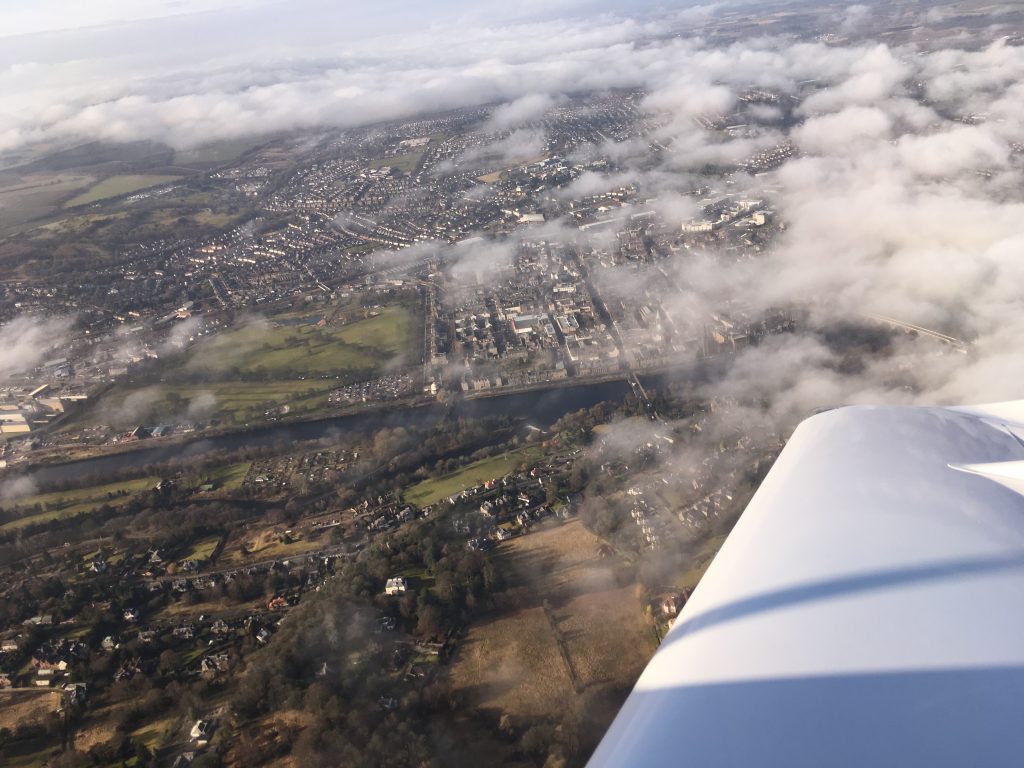 The next day, no foggy cloud, quite clear skies although not unlimited visibility as you can see in the distance beyond Perth: 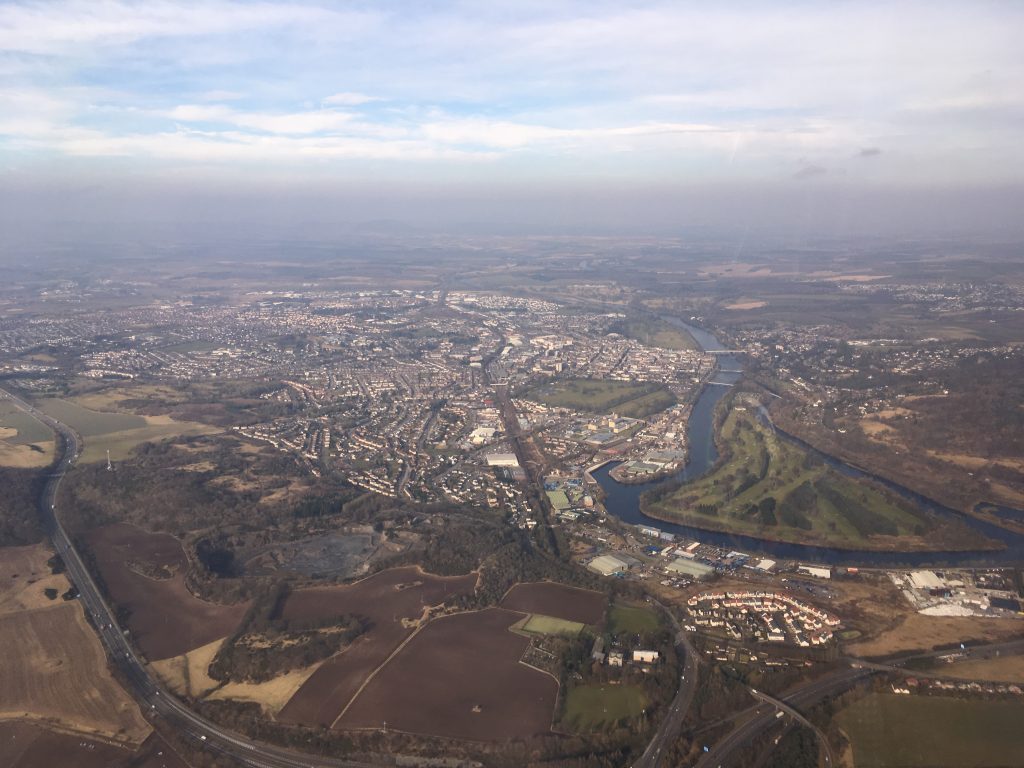 Up in the hills, some estate workers were doing their best to reduce the visibility… the smoke was starting to blow to the west on the easterly wind, which a few days later would trap us in the village with heavy snowfall and see snow inside the hangar at Perth… 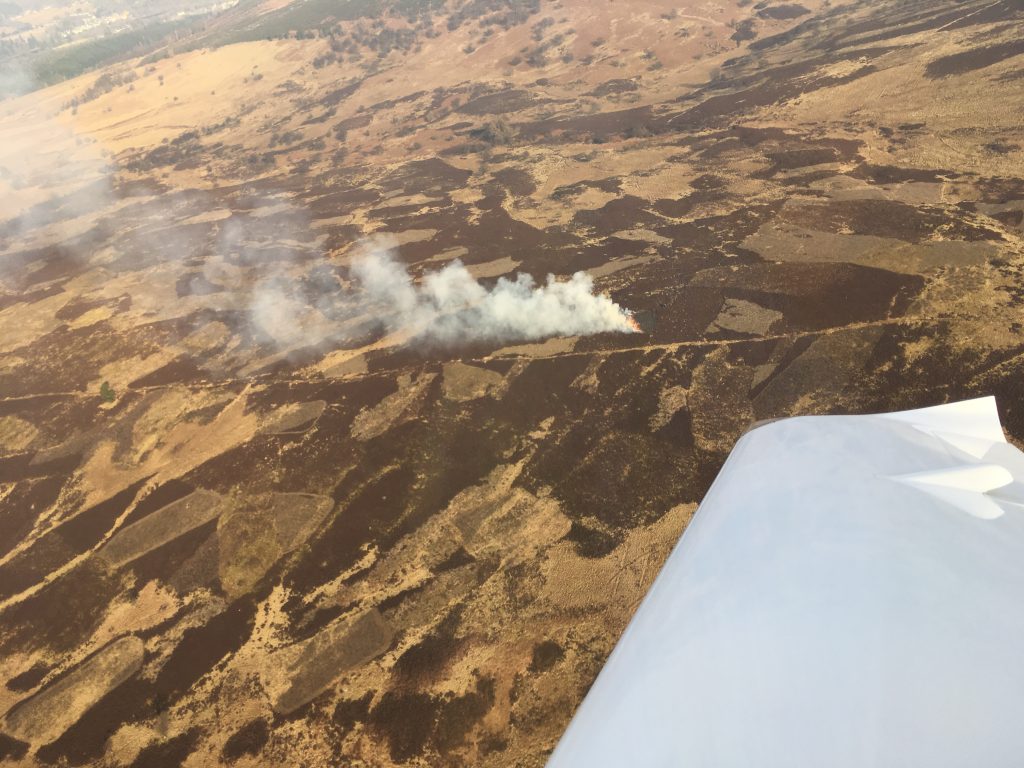 And now, a frying picture. We had a fried egg competition. Can you see which one was mine…? 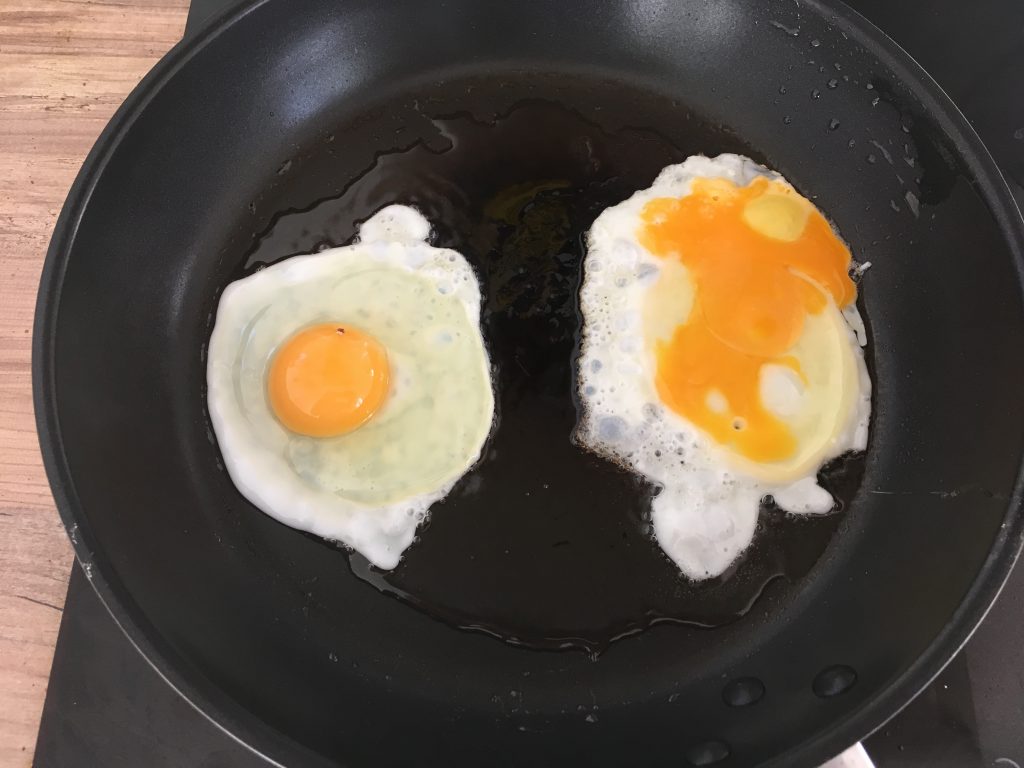